I read an article recently about launching a bunch of mini-apps to grow some traction. I’m not sure that these things will grow traction for me. I more wanted an excuse to work on small apps that I thought were cool. I am building everything under the OpenPace branding and website so they are all open source.

To create a pull request on GitHub, you will need to do the following:

Here is a quick tutorial on how to do a bunch of different. We will be talking about how to commit changes, use diff to look at changes between branches, how to checkout new and existing branches, and even how to speed it up so it isn’t so slow.

I learned a new trick today on Spacemacs that is super ideal. I was watching a coworker use sublime text 2, and he used a shortcut to jump to the definition of a class. Spacemacs must have that too!

I didn’t want to change every .gitignore for each project that I worked on at my company. I found this little trick.

At Cribspot, we had a bunch of different ember apps and one single rails API that fed all of them. Here is a breakdown of all of our apps:

For the last four years, I have started every day pulling out my notebook and organizing my day. I break everything down by the hour, filling in meetings, todos, runs, and everything in between.

I have been using spacemacs for a few years now and I wanted to make a quick list of helpful commands.

For this website, we built a sitemap with Phoenix. I wanted to share what we did to make this happen.

Build a Chatbot with Phoenix and Api.ai - Part 2

The goal of this section is to load and send messages. I think we can do it. Let’s get started. Setting up the Channel

Build a Chatbot with Phoenix and Api.ai - Part 1

If you are reading this, you have likely seen my website (or maybe not). But, on the front page of the site is a chatbot. I know what you are thinking; chatbots are so 2017. Well, that is when I started working on it so I am still going to share it with you all.

I was watching some of the RubyConf stuff today and I stumbled upon this talk. The talk was given by Yusuke Endoh and he is an absolute wizard. He has a bunch of these quines on his blog and they are really crazy. There are examples where he plays music, makes a revolving globe quine, and makes it snow. I would check these out if you have time. 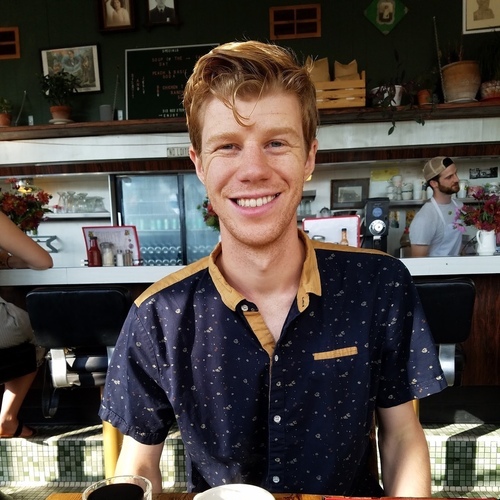